Flotilla: You may now kiss the skipper! 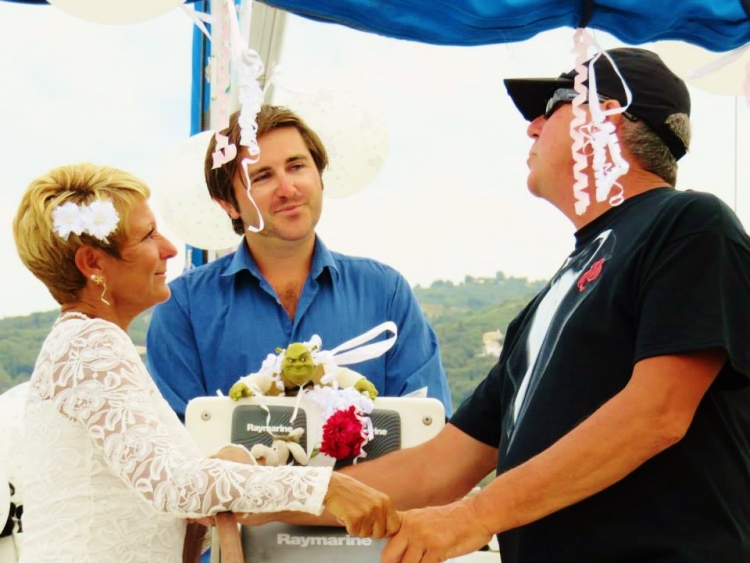 All aboard the luuuuurve boat!

This week Lead Boat Zephy were lucky enough to have John and Debi on flotilla. Following 20 years of marriage they decided it was high time they renewed their vows. And where better than on a yacht in the sunny Greek Islands with our illustrious crew to help!
With Skipper Brae acting as celebrant, hostie Krisha and Engineer Danny as bridemaids, it looked like a fantastic day was had all round! The whole flotilla later celebrated with bubbles on the quay.
If you fancy renewing your vows Sailing Holidays style just let us know!
John & Debbie - the team are wishing you all the best for the next 20!
Tweet
back to top