Flotilla: The Ultimate Summer Read - based on Lefkas Island 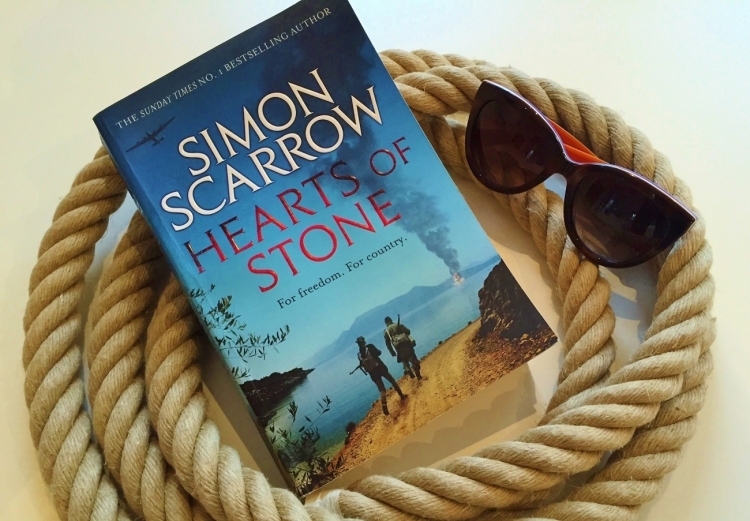 The ultimate summer read – based on Lefkas Island

Setting sail from Lefkas this summer? If so this could be the perfect holiday read. Hearts of Stone, by Sunday Times Bestselling Author - Simon Scarrow, is set in Lefkas and due to be published in paperback on 2nd June 2016 – just in time for summer!

From a Sunday Times bestselling author comes a powerful and compulsive drama set in the Greek islands during the Second World War. 'What an amazing roller-coaster of a ride... So startlingly good, so utterly readable... A cracking historical thriller' says Manda Scott.

So what’s it all about?

To give you a bit of a synopsis the Sunday Times describes how the bravery of the men and women in the Greek Resistance is brought to life vividly throughout the powerful novel. The enthralling narrative features moving accounts of broken friendships and betrayal as World War II descends.

1938 - A perfect summer on the Greek island of Lefkas for three young people unaffected by the smouldering politics in Europe. Peter, visiting from Germany while his father leads an archaeological dig, has become close friends with locals Andreas and Eleni. As the world as they know it slides into disarray, Peter is forced to leave, but they promise to meet again.

1943 - Andreas and Eleni have joined the partisan forces resisting the German invasion. Peter has returned - now a dangerously well-informed enemy intelligence officer. A friendship formed in peace, turns into a desperate battle, between foes sworn to sacrifice everything that they love for the countries...

Who is Simon Scarrow?

Simon Scarrow is a giant amongst writers of historical fiction. His novels featuring Roman army centurions Macro and Cato have become regular bestsellers, as have his non-Roman novels on Wellington and Napoleon and the Siege of Malta. Simon’s books have proven so popular across the globe they have been translated into a number of languages and have now been published from Serbia to Portugal, all the way to the U.S.

'What an amazing roller-coaster of a ride... this book is fantastic... So startlingly good, so utterly readable' Manda Scott