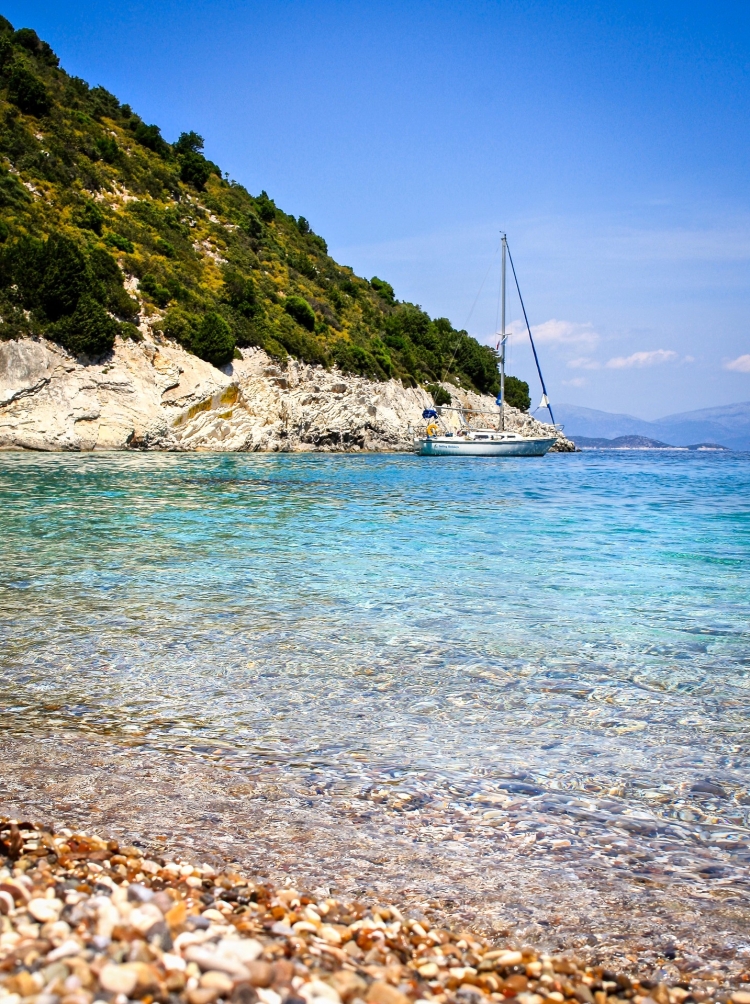 From the first ice cold beer of holiday to Sunset at Spartochori on the island of Meganisi in the South Ionian...Mark has captured his holiday beautifully in this short series of photographs.

Other pictures include the church on the side of the road in little Vathi and a stunning picture of One House Bay as we've never seen it before!

"What a day... we sailed from Kalamos on our way to Frikes and stopped off at One House Bay ..........this is what we came for, to anchor up and swim in the turquoise  sea.

Atokos is simply an earthly paradise unspoiled by human intervention, lying among the Echinades Islands (echinus means sea urchin) off the coast of Acarnania and my favorite secluded island in the Ionian Sea.

It is impossible not to fall for the tranquil turquoise waters, the white rock formations at One House Bay and the dense vegetation that covers the island. Atokos is a private island, owned by a Greek millionaire.

It was really amazing that there is no restriction on anchorage and we could enjoy our swim for hours on end.

Although the isle was considered uninhabited, according to the latest census there are two inhabitants; my guess is that one of them must be the priest as the only human structure on the island is a church at One House Bay, clearly visible from the beach."

Check out Mark's photos here!
Tweet
back to top